They say that Snæfellsnes, peninsula in the North-West of Iceland, is a little bit like a miniature version of the whole island. And it’s true: There’s glaciers, mountains, waterfalls, cliffs, wildlife and the sea, everything to see within a day. Our first stop on the way to Snæfellsnes from Reykjavík was Ytri Tunga, a beach inhabited by seals. And yes, we could see them lying lazily in the sun, living that seals’ life. 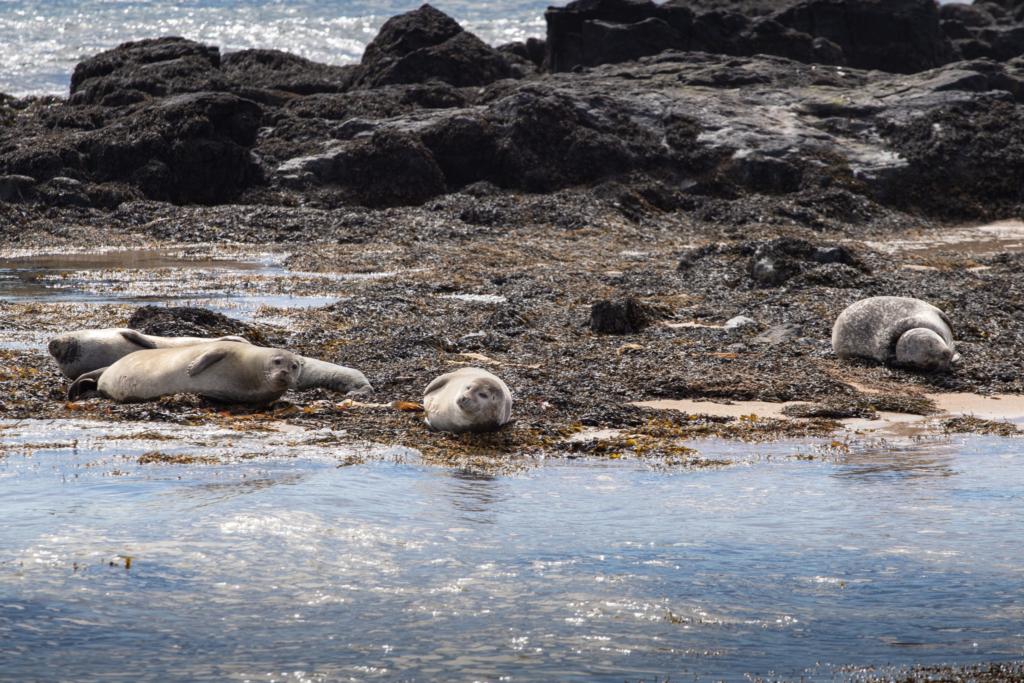 Not much further, there’s Búðakirkja, famous black church. It’s a very popular photo spot, and a great foreground against the surrounding landscape. On the way past the church, we encountered some sheep grazing by the road – this can happen a lot on Iceland. 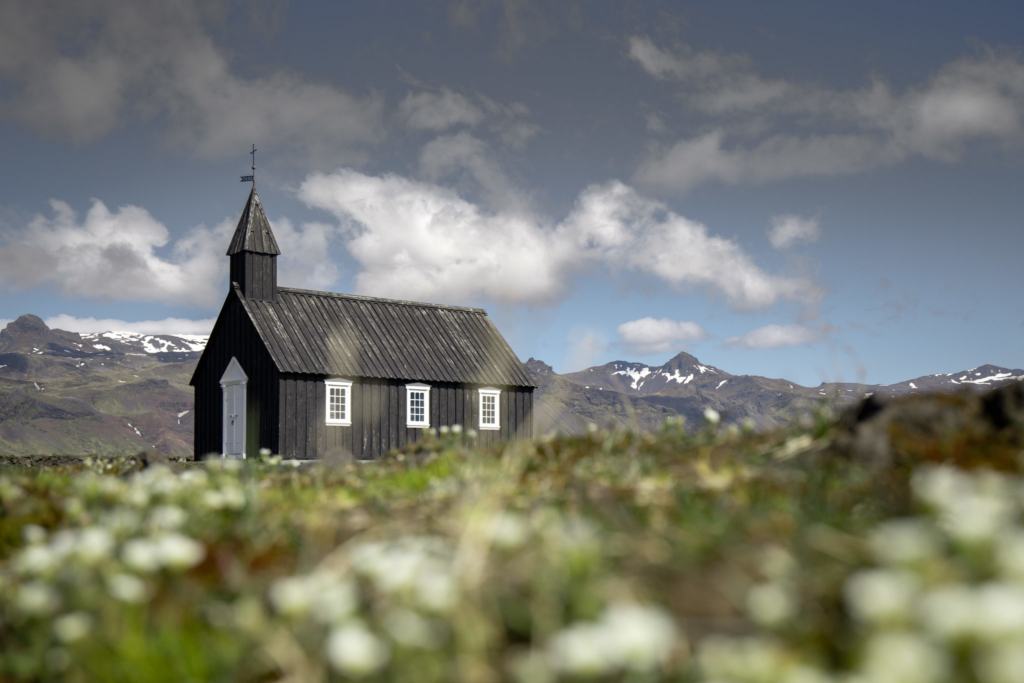 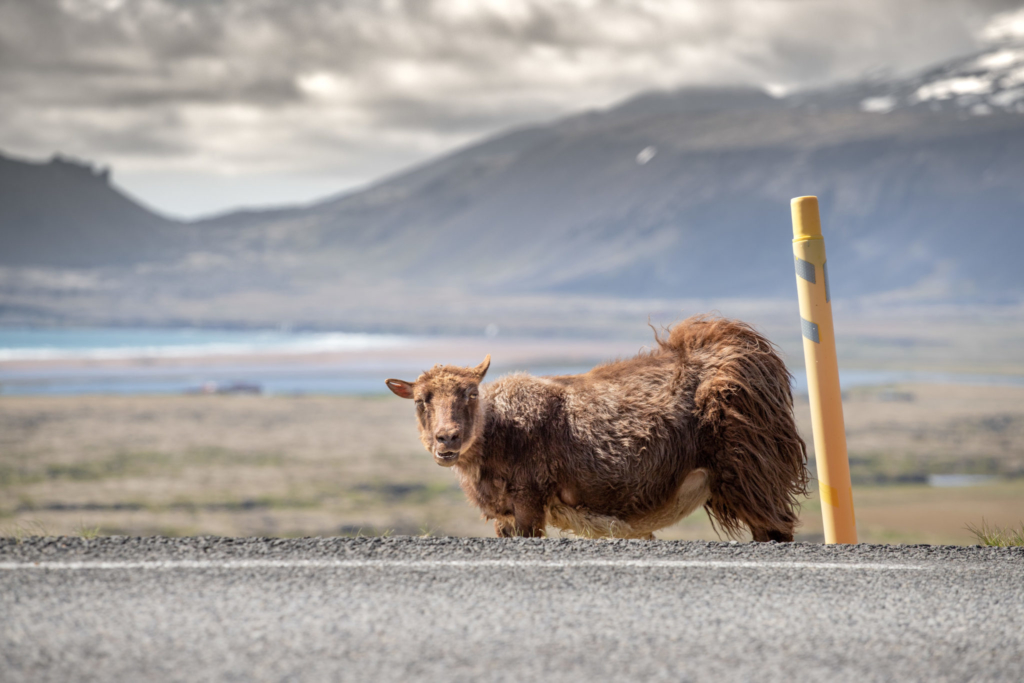 After a brief stop in Arnarstapi and a casual walk along the cliffs there, we drove a little further to famous cliff formation Lóndrangar. It’s a beautiful place and I was a little regretful to not have witnessed this place in early morning or sunset light, as I’m convinced it adds a lot of atmosphere to it – definitely something to keep on the list for a future trip to Iceland. 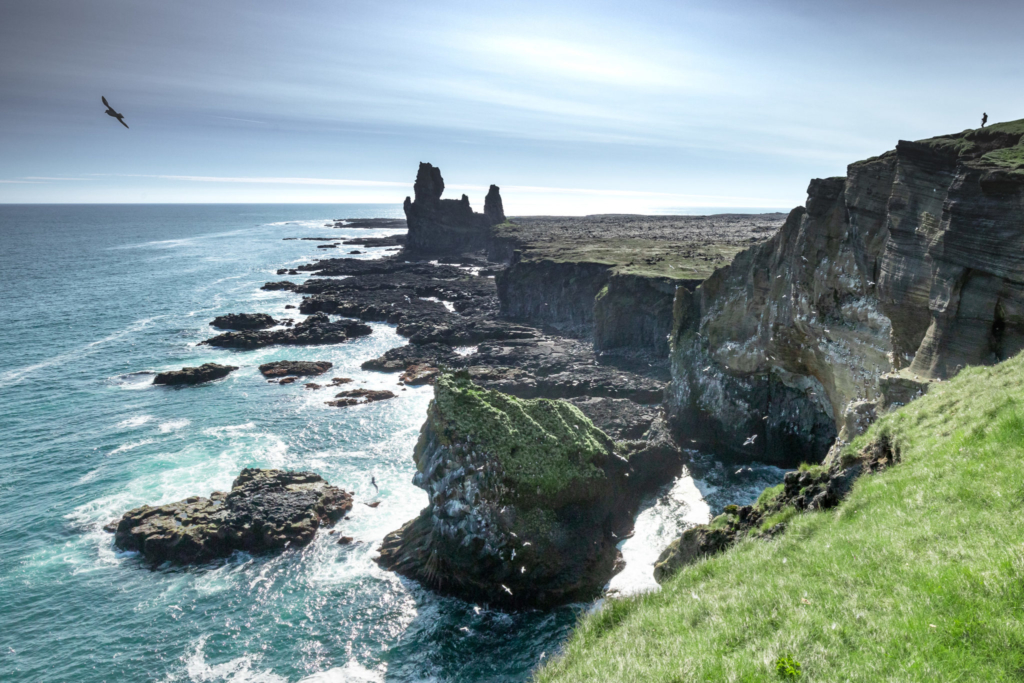 All the way to Snæfellsnes’ Western tip, we took a little detour to the all-orange lighthouse Svörtuloft. Be aware that there’s a considerable gravel road leading to the lighthouse, so a 4×4 car would be advised, and still then it’s a little cumbersome. The view is great though, and the lighthouse makes for a nice, color-pop, contrasty element against the raw nature. 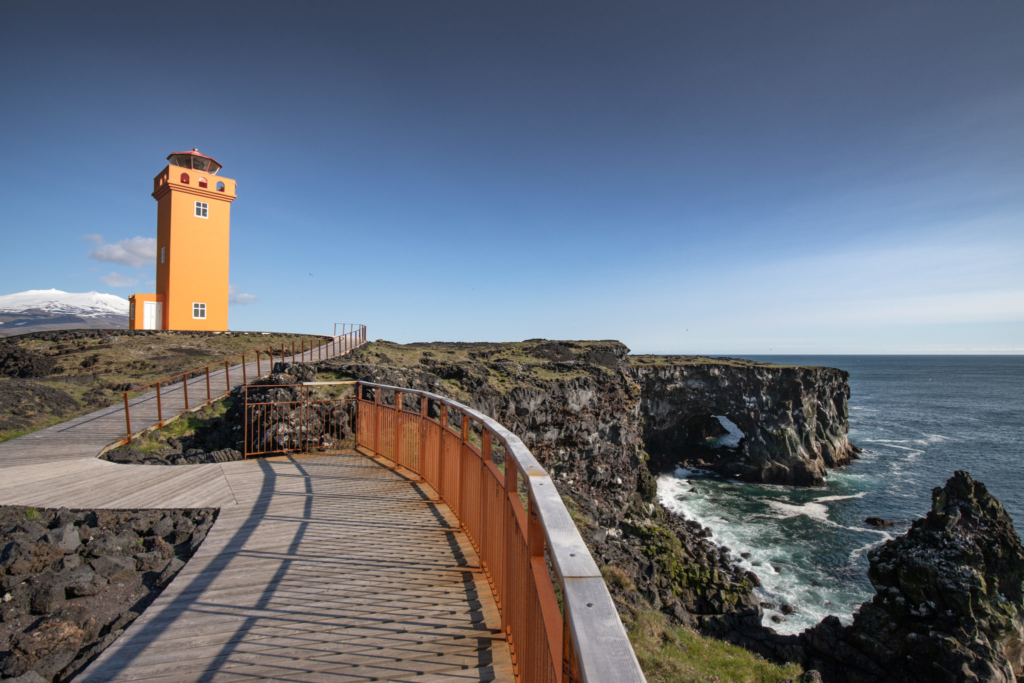 In the evening, we approached one of the entire trip’s highlights for me: Mountain Kirkjufell and the nearby Kirkjufellsfoss, a small series of waterfalls providing the very popular foreground for Kirkjufell photos. Even though both Kirkjufell and the waterfalls look much bigger and more impressive on pictures than in real life, it’s still incredibly beautiful and very understandable that this area is one of the most photographed places on Iceland. We were very lucky with the conditions and were able to encounter beautiful sunset light, with the sun providing soft light just until 23:30, and still not really setting after that. I even went back the next morning to get some more pictures of Kirkjufell alone, using the morning hours for softer light. 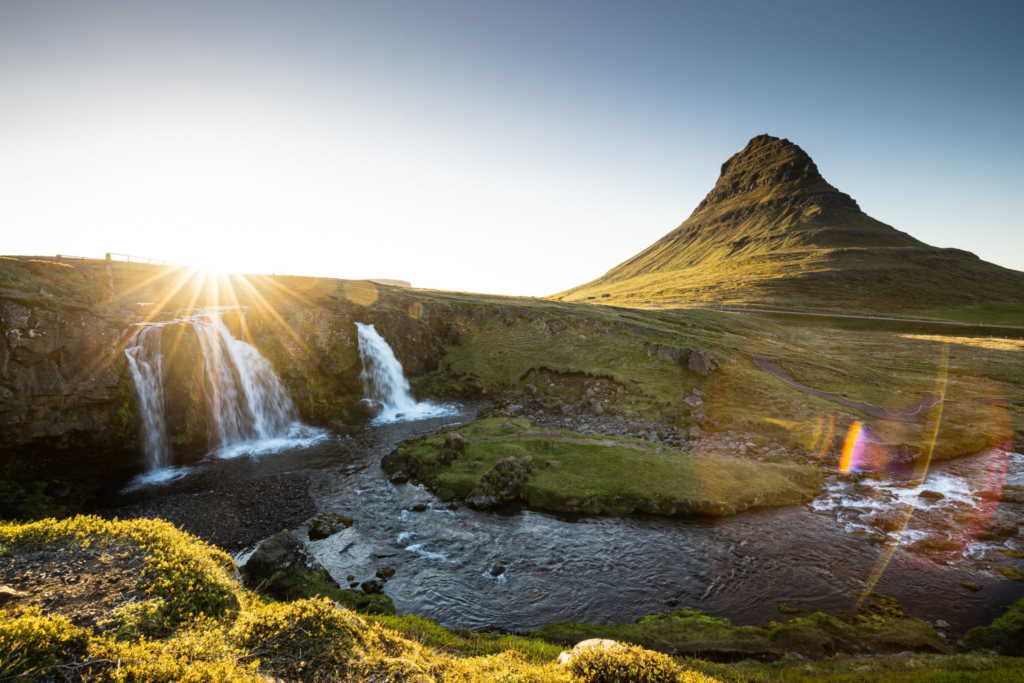 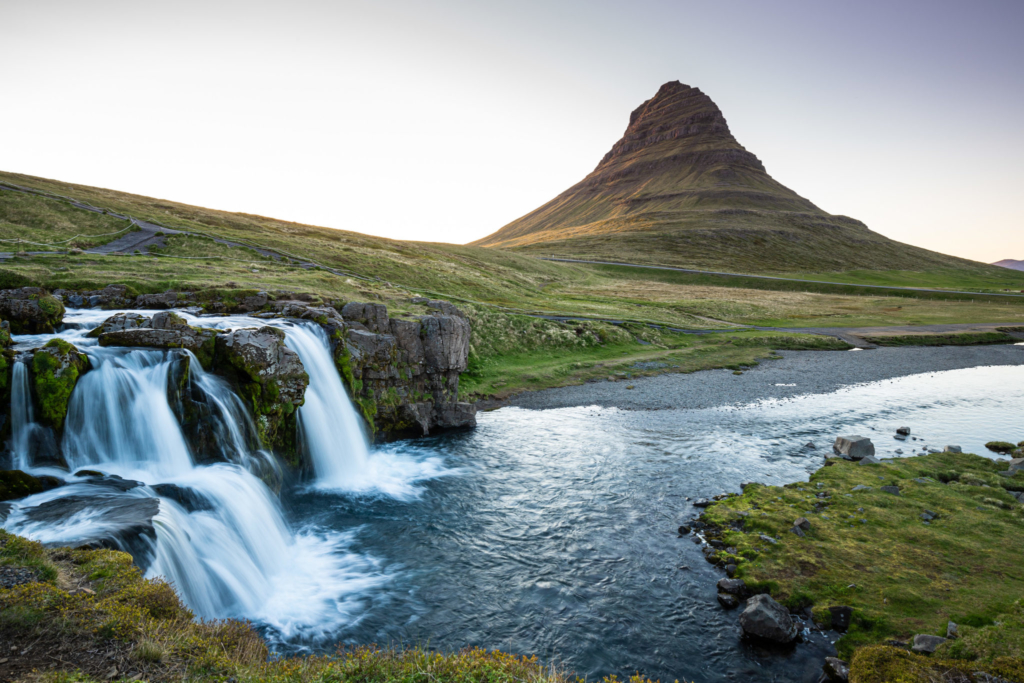 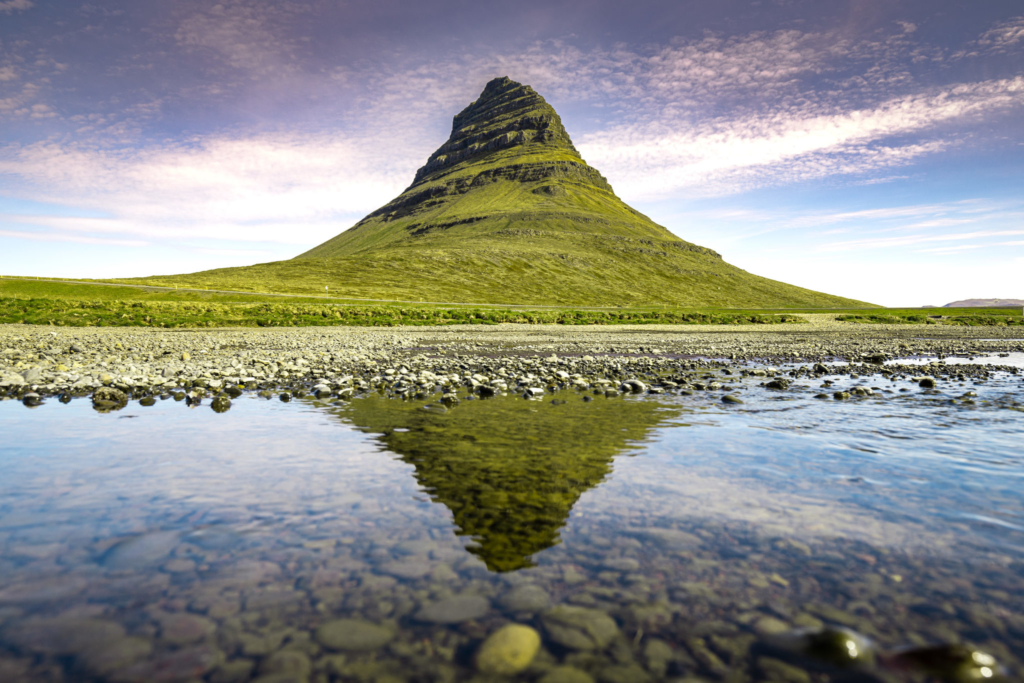 After all of this, it couldn’t become any better, I thought – but still we had an afternoon in Reykjavík left. And one thing I really wanted to do on Iceland was to see the puffins. These cute little birds normally live on the Atlantic ocean, but return back to land for breeding season, which had just started when we spent our time on Iceland. Near Reykjavík there are three little islands which are known to be inhabited by puffins during breading season, and we thought to give it a shot, booking a tour to see those little birds.

And we got lucky! Make no mistake, it’s hard to see them and even harder to take pictures of them, since they are very fast in the air and significantly smaller than what you would expect from pictures. And this was one of the rare occasions where I felt my 70-200mm isn’t really able to get it done, 300mm or even 400mm (and an optical stabilizer) would certainly have improved things. Also, to be honest, I’m not a very experienced wildlife photographer, so getting small, flying birds in focus with a quick enough shutter speed certainly was a challenge. Still, I’m happy with the results, and having managed to get some decent shots of puffins was definitely on my bucket list. 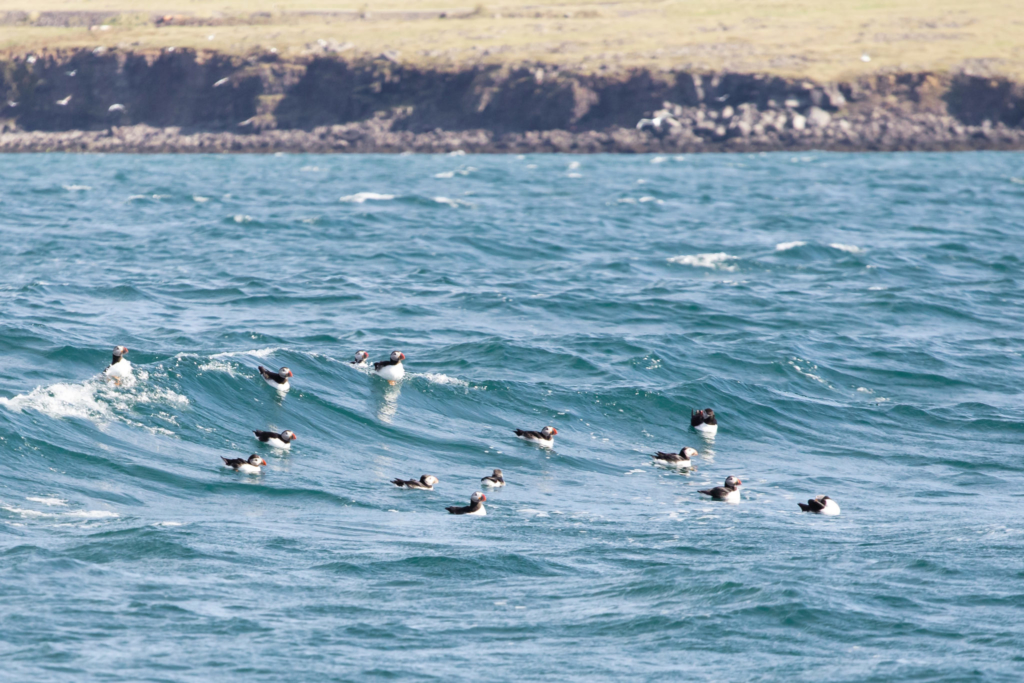 But one day for sure I want to get close to these lovely birds, not just seeing them from a boat. The Faroe Islands are said to be a good opportunity for that as well (besides the also incredible landscape there), and some other spots on Iceland could also do the trick.

Anyway, this week on Iceland has been an incredible experience and I can only recommend it to anyone even slightly interested in landscape and nature, let alone photography. And even though we have seen A LOT in our week on Iceland, there’s still so much left to explore, that I’m not sure this has been the last time. Thank you Iceland!